Countless movies and books have been revolved around the concept of the protagonist, who wakes up one day, quits his job, and starts working towards his passion. ‘Work of fiction’ says the disclaimer. It is true, because how often do you come across real stories who have dramatically decided to pursue their passion.

But we have managed to find one such inspiring story of Mark Rekveld, the Founder of Marvelution. 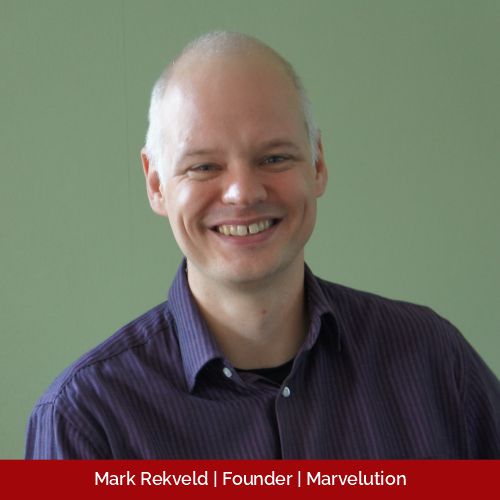 Mark had just graduated with a bachelor’s degree in Informatics and started working for a big consulting company. Over the years, he worked with several big names of the industry like Oracle, BEA, IBM, SAP, and Siebel. While working at these companies, he noticed that the open-source projects were not being used at client sites, and thus were missing out on learning opportunities. He started working on small projects off-hours and learned more about open source and its use. With the rising number of projects, Mark led to establishing a platform that would act as an open-source software called Marvelution.

While still working off-hours on projects, Mark came across the Jira and Hudson products to improve the development best practices. Out-of-the-box the integration was done using comments in Jira, one comment on an issue for each build that was related to that issue. This resulted in important user comments getting lost, and so the idea was formed to attempt a better solution. He explained, “During the setup, I didn’t like the integration that was available out-of-the-box so opted to give it a spin to see if I could improve on it. Taking this integration for a spin is the grounds of the Jira Hudson project with its successor Jenkins Integration for Jira being a success.” The app swiftly attained success with over 3000 installations worldwide.

Realizing the potential in his work and with a zeal to explore more learning opportunities, Mark established Marvelution the company in 2015. This shift allowed him to improve the response to support tickets and increase development efforts, which resulted in adding support for the Jira Data Center and Jira Cloud for the Jenkins Integration for Jira app which previously only supported Jira Server.

Challenges throughout the Road

For any newly formed company, the initial challenges can be termed as one of the biggest lessons for the company as well as the founder. In its initial days, Marvelution too faced some of the biggest challenges, when it made its move from an open-source umbrella project to a company. The shift was not easy as it was also the time when the business model needed to be developed around the free projects that customers would be willing to pay for to stay in the business. Despite the setbacks and challenges, Mark was able to succeed at this by developing different offerings for the projects that were inherited while keeping true to their origin on open source free software.

“The open-source umbrella project and its users were the grounds that allowed me to start Marvelution the company,” said Mark. With the establishment of the company, it was possible to generate revenue that would allow reinvestment into the company and its offerings. Mark’s decision proved to be beneficial for the users as well as the platform. With the clients’ support for Jira Cloud, it has become one of the main revenue streams of Marvelution which may not have been possible under the umbrella project.

Now, after a successful journey of more than five years, another big challenge Mark has encountered is the discontinuation of the Atlassian Jira Server. The Jira Server is already facing limits on new and renewal licenses, now the customers of Jira Server will either have to migrate to Jira Data Center or Jira Cloud. For Marvelution, this means that it has to be prepared with impeccable cloud offerings that can handle the growth as well as find ways to keep supporting customers running on Jira Server, maybe even after February 2024 when no more licenses are sold for Jira Server apps.

Being part of the industry for more than a decade, Mark has witnessed the transition in clients’ behavior. He states that the clients are less forgiving than they used to be 5-10 years ago. Now when you approach a client you must be confident that the product you’re delivering is error-proof. Even if there are minor issues, the clients don’t want to spend the energy or resources on the trial. As a result, Marvelution has become more cautious. “I either delay a product/feature to test more to increase the chance a trial will conclude with a purchase, or release it early under a beta flag to set the expectations of the client,” explains Mark.

It is an understatement that one single person can’t run the company successfully. There have been several successful examples who have displayed a great passion to drive the company on their shoulders. Similarly, Mark identifies and understands his capacities as a new-age leader. Currently, he is overseeing Marvelution with only one-man-operation, which makes him responsible for all the roles—except for accountant. He deals with customer support tickets as well as development and operational tasks. Marvelution has a one-person task force and the customers are its biggest driving force. Consequently, Mark believes that his main responsibility is to customers. He adds, “They help in determining the roadmap for development and also help me grow my support skill set.”

One of its kind Journey

Mark’s entrepreneurial journey has been an odd one. It started with a zeal to learn more than the employer is offering and gradually grew into a project with 3000+ installations and later led to the establishment of the company. However, the intention of traditional growth overgrowth was never part of the plan. The company was established to offer better support to the projects and also be able to dedicate full attention while having fun in developing those projects.

Over the years, Mark has learned that it is important to have fun at work. “If you have fun at work you never have to work and the output is of a much higher quality,” advises Mark. This approach is beneficial for the customers too as the features delivered are of higher quality making good on the external mission.

As one man Operandi, Marvelution has performed beyond expectations and will continue to grow in the years to come. Being an inspiration for the aspiring, Mark shares his wisdom, “Don’t be afraid to fail, failure is an opportunity to learn what does and doesn’t work. We are all human and as such can only strive for perfection but will never obtain it. Never obtaining perfection will mean you will from time to time fail. Fail to meet a goal, fail to help a client.”

Marvelution has undergone several challenges in its journey but withstood them proficiently. With trial and error, Mark has been successful in seeing Marvelution become a familiar name in the project management industry. “Don’t see failures as a push me down, but as a lift me up to experience. Learn from them and over time you will learn to do better,” adds Mark. He envisions a bright future for the company. Though Marvelution is a one-man show right now, with this rate of growth there might soon be hiring of the first employee and Mark will take over a new role as a leader.

An excellent team is an important asset for the growth of the company. Presently, the pandemic has put this team spirit to test with global shutdowns and remote working in effect. Being the whole and sole of the company, it is easy to keep up the team spirit for Mark. However, the challenge will come when Marvelution hires its first employee. Furthermore, the pandemic managed to accelerate the adoption of cloud computing and cloud hosting services. Mark believes that remote working more often is here to stay which means the cloud service providers have to upgrade and provide enhanced offerings.

“The goal is always to respond as quickly as possible to support requests, so the user has a minimal disruption and can continue.”