The world of medicine is going to be revolutionized with the advent of radiopharmaceuticals. Today, a plethora of diseases can be potentially treated with radiopharmaceutical therapies. Moreover, ailments such as oncological diseases and cancer can be treated with a safer and more targeted approach compared to chemotherapies. Owing to the emerging promise of this therapeutical concept, various companies and organizations are working to produce effective treatments for several diseases that previously were treated with unspecific therapies.

Possessing the unique potential of being ‘First to Market’ or ‘Best in Class’, Radiopharm Theranostics is emerging with a world-class platform of radiopharmaceutical and nuclear medicine products for diagnostic as well as therapeutic uses. The company has the goal to become a recognized leader in the development of radiopharmaceutical products for therapeutic uses in areas of high unmet medical needs. 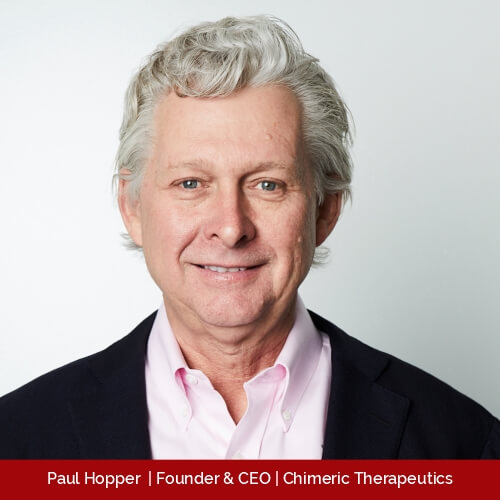 Radiopharm Theranostics is the brainchild of Paul Hopper (Executive Chairman and Founder) who launched the company on the Australian Stock Exchange (ASX) in November 2021. With a decorated portfolio of pioneering some of the successful biotech companies in Australia and America, Paul has over 20 years of experience in international public company markets that are primarily focused on sectors such as medical, healthcare, and biotechnology. Moreover, he has deep experience in startup and rapid growth-oriented companies in the regions of the US, Australia and Asia.

Paul is well recognized for Viraltyics which was acquired by Merck in 2018 for $500 million. His other ventures include the $2.5 billion company Imugene (ASX: IMU) as well as Chimeric Therapeutics (ASX: CHM) which was listed in January 2021 on the ASX. Paul launched Radiopharm Theranostics after realizing the potential of radiopharmaceutical products for therapeutic purposes. Additionally, he also ensures contributing to the company’s rapid growth and fulfilling its ambitions by nurturing its organizational values and catering to its ambitious mission.

The Mechanism of Radiopharmaceuticals

Radiopharmaceuticals are safe radioactive drugs that can be used as diagnostic or therapeutic tools. These are administered to the patients in very small amounts by being injected into the blood stream. The process involves attaching a radioisotope to a targeting agent such as a small molecule or antibody. It further entails the following stages:

Radiopharm Theranostics possesses a unique commitment to improve patients’ hope in battling against cancer. The company strives on its mission against oncological diseases via leveraging radiopharmaceutical products. It uses two distinct methods of operation, namely diagnostics (where it uses low energy radiation to evaluate disease within the body) and therapeutic (where it uses high energy particle emitters and isotopes that attack and destroy malignant tumours and targeted cancers).

Radiopharm Theranostics has four distinct platforms that use peptides, small molecules, and antibodies. They are in the main spread over five Phase 2, and two Phase 1 clinical trials, with 156 patients participating to date. They are—Pivalate, Nano-mAbs, AvB6 Integrin and PSA mAb. With an ardent belief in the power of disruptive innovation, the company’s dedicated team of research professionals with world-class experience has successfully tapped the underlying potentials of radiopharmaceuticals.

Team of Scientific and Industrial Pioneers

The team of Radiopharm Theranostics, led by ex Novartis/Advanced Accelerator Chief Commercial Officer, Riccardo Canevari have a deep experience in radiopharmaceuticals. Its professionals have taken drugs into numerous clinical trials or have been involved in major projects and developments in their concerned niche of expertise.

Radiopharm Theranostics emphasizes teamwork—asserting that two heads are better than one. It also values relationships which are honest, collaborative, mutually respectful and which result in a win-win for all. The company also strives to create a culture of integrity, that is inclusive, and a fun place to work. Radiopharm Theranostics values its partnerships with its physicians, researchers and medical institutions by considering it essential to its success.

Recently, Radiopharm Therapeutics organized a three-day strategic planning meeting in London with the entire management team of the company, including its scientific founders and scientific advisors. Moreover, the team succeeded in creating a positive vibe in the meeting room with its impressive collective intellectual horsepower. It entailed an interaction that was wide reaching and covered discussion and planning of the company’s clinical trials, manufacturing, business development and human resource development.

Since the London meeting, Radiopharm’s recruitment on its Phase 1 Her-2 imaging study in breast cancer has increased to 45 patients, a 36% increase over the numbers previously advised. Plans are well advanced to move to the next stage of development under a US IND filing. The Phase 1 Lantheus/Nanomab PD-L1 imaging study in lung cancer has increased to 43 patients, up from 40 in the last update. The company’s Phase 1 compassionate-use AVb6 integrin study in pancreatic and head and neck cancers has increased to 18 patients, an 80% increase over the numbers in the last update. To date, a total of 156 patients have been treated across three of the four technologies.

Harnessing the Absolute Potentials of Radiopharmaceuticals

Over the past decade, the world has witnessed a significant development emerging in the field of ‘Molecular imaging’ and ‘Nuclear medicine’ through the use of radiopharmaceuticals. Currently, the radiotherapy practices are also expanding due to the increasing number of cancer cases and technological advances. With respect to the rapid emergence of radiopharmaceuticals usage, Radiopharm Theranostics is currently thriving with four promising, novel and distinct technologies, a deep Phase 1 and 2 clinical balance to develop its drugs for treatment and therapeutic purposes. The company is continuously striving to innovate the way people see and treat cancer.

“We may be new to the market and the ASX register but we are long on experience and potential in a field of cancer research.”