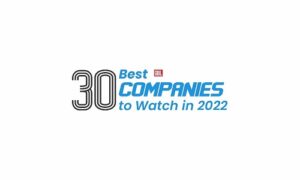 Technological advancements have had a real and binding effect on almost all industries around the world. The real estate sector too has adopted various new technologies to serve the customers in the best way possible. Homebuyers today use various real estate listing portals to search potential properties, on their time and terms. As a result, the demand on such real estate listing portals is increasing continuously and exponentially, as are the number of options buyers have online.

Companies like Real-Estate.ca cater to these increasing demands as an easy to navigate and information filled resource. Established in 2017, Real-Estate.ca has grown to become one of the leading real estate portals in Canada. It serves major centers across Canada from one coast to another. The intuitive, easy-to-research site represents cities like Calgary, Edmonton, Toronto, Ottawa, and Vancouver. “We very much owe our success to a user-friendly site, combined with a favored view by Google,” says Christopher Audette (Founder of Real-Estate.ca). 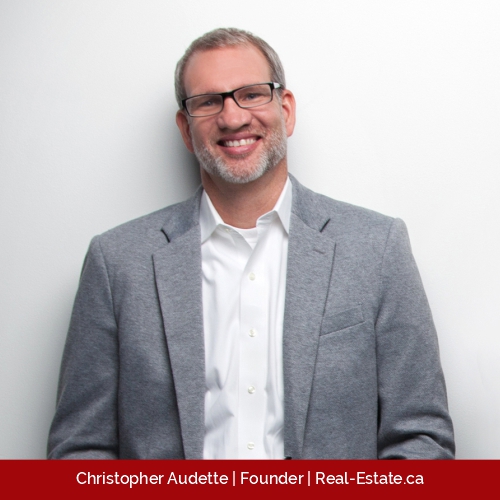 Commencement of the Journey

Christopher worked for a stint at a media buying company. The company was bought out by a major digital advertising firm, and Christopher was absorbed with it. The advertising firm was a nationally renowned firm with major clientele and high growth. Although he felt honored to be there, and a fledgling student in this industry, he broke out and started his own boutique marketing company.

This led Christopher to find a niche talent in search engine marketing, however, he still felt a strong draw to start a company with a different model of accountability. He strived to start partnerships with people who were good at what they do, so they could enjoy more success. To this end, he started a small marketing company called Christopher and Co. The company later segued into the real estate market and Christopher found a niche that was hard to ignore. This led to the establishment of Real-Estate.ca.

At that time, the internet side of the real estate sector was severely outdated. Christopher and his team saw the opportunity to step in and modernize it. This was over a decade ago and things have significantly changed today. The future of Real-Estate.ca remains promising. The company strives to stay at the forefront of technology and evolution, but not get caught up in flashy trends.

From day one, Real-Estate.ca sought expansion through scalability. The company wanted to create something that was meaningful and had real value, but that could also be easily scaled and taken to new markets. The first phase of this was to give itself a foot in the door and a foundation in major markets throughout Canada. This led to a web presence that had a foundation of strong organic search engine traffic.

Real-Estate.ca initially started as a local listing syndication website around 2007, however, it turned into a national site serving Canadian homebuyers from the East Coast to the West Coast 10 years later. At the time, Christopher took his entire operation, re-created and morphed it and made a move to the Re/Max franchise under the brokerage RE/MAX FIRST.

The team experienced swift success, pulling together the killer lead generation website with solid marketing and a team of well experienced agents. After a rebranding exercise, The Group at Re/Max First was born. By its second year, the team formed by Christopher became a Top 10 Re/Max team for Western Canada and the top 50 in Canada.

As the team quickly grew their success, so did the brokerage as Re/Max first became the number one office worldwide for closed transactions. At the time of writing they have held this top spot for the past three consecutive years. “We have enjoyed very good successes in our personal production careers and we are proud to say The Group at RE/MAX First has managed to make other headlines as well in the marketing arena,” mentions Christopher.

Giving back to the Community

“We have always felt that as the website and our business grows, so does the need for us to contribute back to the community that supports us,” adds Christopher. The company’s pervasive theme of children and dogs is rooted in its marketing. Thus, the Children’s Miracle Network—the official charity of Re/Max is an excellent fit for the company.

Plans in the Pipeline

Christopher and the team’s latest venture will incorporate sold and market data. The public will be able to peek behind the previously guarded walls of information and see much of what real estate agents see. Interested buyers and sellers will no longer have to task their real estate agents to get factual up-to-date information on the market. “We think this tool and resource for home buyers and home sellers will end up putting a great amount of power back into the hands of the public,” adds Christopher.

The team, however, still feels that the ultimate interpretation of this data by an unbiased third-party representation of a real estate agent is imperative to figuring out how this best fits with the wants and needs of the individual home buyer or home seller. The transparency of information to the public combined with the market knowledge and boots-on-the-ground experience of a competent real estate professional operating on behalf of their client can lead to greater power in hands of homeowners. “We look forward to and embrace what the future holds for Real–Estate.ca, The Group at Re/Max First, and for the clients it serves,” concludes Christopher.