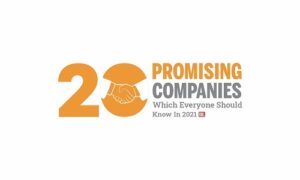 A journey of a company begins when an entrepreneur himself undergoes certain experiences that transform his views about certain things. The background of Crowdsourced Geofencing Solutions is similar to what we can call how entrepreneurs are born and change the world through their ideas. 9/11 is still one of the unfortunate events that occurred in our lives. The trauma of the event still haunts many people who either witnessed or heard from the witnesses. Following 9/11, the Federal Government released the ‘See Something, Say Something’ campaign to encourage the reporting of suspicious behavior. Unfortunately, at the time, the message only came with a hotline to call in a time where people were moving toward a more detached method of communicating.

Kevin J. Angell, CEO of Crowdsourced Geofencing Solutions, is a retired Detective who was charged with overseeing the Internet Crimes Against Children unit. He paused his law enforcement career following the attacks on 9/11 to join the United States Coast Guard as a Port Security Specialist attached to the Operation Enduring Iraqi Freedom campaign. He holds a Master’s Degree from the University of Phoenix in Criminal Justice and a Bachelor’s Degree from the University of the People in Computer Science. In May 2022, he will successfully graduate from a Doctoral candidacy program through Liberty University. 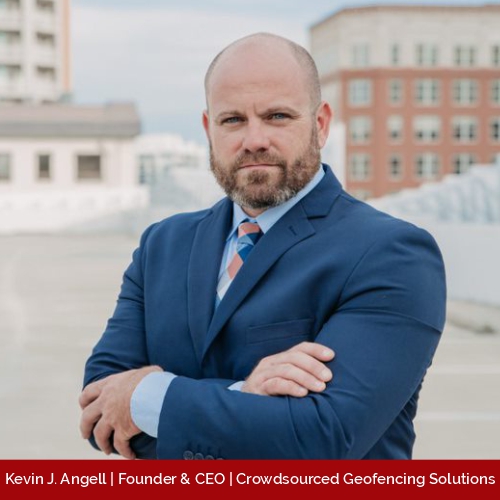 The birth of ‘The See It Say It Send It’ App

Kevin was consulting on body cameras. He was working as a nationally recognized body-worn camera expert for the California-based camera company GoPro/Intrinsic. While visiting the Las Vegas Route 91 shooting, Kevin met with law enforcement colleagues and came up with the idea for the See it Say it Send it app. After a long conversation with his colleagues, he saw the need for an app that can accept tips as well as notify the community of hazards based on their location. The concept for the app was released through a BETA testing version in 2017 and hit the app store the morning before the Marjory Stoneman Douglas shooting. Since then, it has been adopted in 25 states, maintains more than 2.5 million users, and processes hundreds of tips per day. Recently, the app was deployed in Minnesota following the George Floyd incident with a focus on schools and places of worship.

The app redefines how law enforcement technology works, especially in today’s drastically changing times. The continuously evolving culture and environment, along with the pandemic and civil unrest, increased the distance between law enforcement and the community. The See it Say it Send it app gave the community a real-time, anonymous, or self-identified method of sending tips to police, school officials, and airport security. The technology used the very smartphone devices we carry every day, came at no cost to the community and allowed for seamless communication. The app has been credited with the rebuilding of trust and integrity between police and the citizens they serve.

Increasing its creditability with its users, the app is responsible for the recovery of more than $20,000 in stolen property (MI/OH), the capture of a murder suspect (FL), and the location of a courthouse bombing hoax suspect (NE). Crowdsourced Geofencing Solutions is a combination of technology of crowdsourcing (gathering evidence or information from a group of people) and geofencing (using a smart device’s location-based services). In the summer of 2018, the company developed its facial recognition and prediction engine to increase its robust application offerings.

Since the initial days of the Crowdsourced Geofencing Solutions, it had the idea of helping society and people who are in trouble. Over the years, the company has been able to build a successful relationship with police executives across the country. Expressing his journey, Kevin says, “From attending a Police Chief’s swearing-in ceremony to dinner at the Sheriff’s house, attending coffee with a cop event and speaking at community outreach meetings in the nation’s heartland, my life and my business practices have been steered and molded by the people who believe in our country, good morals and hard work”.

Along with the praises, there is a lot of work behind making a successful company. Both the leadership team and the company undergo several tough times and hardships which shapes and reshapes the working of the company entirely. Remembering the initial days, Kevin cites the hardest part of the journey as the first day. Being a financially conversative minded leader, he was scary for the first few months when he invested all his retirement dollar into a company. Through his business mentor, Kevin kept the faith and set goals for himself, not just his co-workers. He met with clients face to face and shared the journey, spoke to other retired cops that have made the jump into entrepreneurship and set out to share his experiences with others. This strong mindset led Kevin to create the non-profit LEOS for CEOS.

Similar to our lives, the business environment is full of ups and downs. There are various changes it undergoes, the dynamic nature of both the internal and external environment of the business makes it even more challenging. The recent outbreak of COVID-19 has completely changed our lives. Similar changes can be observed in businesses and industries all over the world. Companies had to opt for remote working and there was huge reliance on the digitalization of companies and their employees. Crowdsourced Geofencing Solutions went through few similar changes, the pandemic and subsequent ‘Stay at home’ orders drove it out of the office and at first, it was tough.

“We like being able to collaborate, travel to see our clients, and work better as a team. The switch over to remote meetings started off very impersonal but we found ways to spruce it up with after-hours Happy Hour Zoom calls,” says Kevin. During the summer, Kevin rented a 30-foot waterslide for all of its employees and team members and spent three days competing in its own version of the Olympics. Most importantly, the team discovered its financial strength.

“We are very proud to say that we did not apply for, need, or take any Federal Funds. We continued to work at full staff, we did not miss a beat in servicing our clients and in fact came up with new ways to generate business through relationships with our non-profit partners.”

Giving Back to The Society

Business environment works within the coexistence of its customers and other effecting bodies such as the society where it is situated in. As a leader, it is important to constantly acknowledge society by giving something back. A similar approach can be seen in Kevin, he believes in Giving Back as a thank you to those who gave him opportunities, guidance and believed in him. The Giving Back button on the company’s website links to non-profit organizations that it has not only created technology for but have a continued financial investment interest in. Specifically, Kevin supports Philanthropic efforts and First Responder/Veteran organizations. In 2022, the company is launching a statewide opportunity for High School students to submit an app idea, business plan, and marketing strategy. The staff will select the top 3, interview the candidates and fully fund the development of one app that is the sole property of that student upon graduation.

In continuation of working for the society, the company has laid its path for the future growth. As a promising company such as Crowdsourced Geofencing Solutions, it is important to have future planning for its further expansion. The company is ready to go live in January 2022, which will allow transitioning police officers to get advice on starting their own business, watch videos and speak directly with industry experts on a multitude of topics.

Special Message to the reader From the Company

Crowdsourced Geofencing Solutions and our CEO wants anyone with an idea to know, you can do it. It’s not easy, but nothing worthwhile comes without sacrifice. What we are not is a ‘turn and burn’ development outfit. We routinely turn away clients whose ideas we do not understand, that we don’t believe will be successful, and that do not have a monetization plan or otherwise a success. The businesses, groups, or entrepreneurs we work with are ‘go-getters’, they accept the journey ahead and have a plan to execute.

Kevin concludes, “Our model may sound aggressive, but we believe in being upfront with our clients. Through the journey of developing an app we become family and I don’t want a family member being unsuccessful when I could have warned them beforehand”.