Understanding the issue these clients face and thus, the requirement of a new agency that can solve its clients’ problems without using them to its advantage, Deniz Doganay came up with a digital marketing company named Digital Debut in 2018. The key belief of the business lies in offering overwhelming results and setting the proper expectations with clients from the beginning without binding them through year-long contracts.

A number of digital marketing companies promise front-loading after the clients commit themselves to a contract. However, since the contract eventually binds them, the agencies take as long as they want to offer the results their clients seek. Meanwhile, they continue to pay other added monthly fees to the agency as well—all in vain. In most cases, the services offered are so abysmal that clients become impatient to take things to the internet to leave negative reviews and post rants on social media. 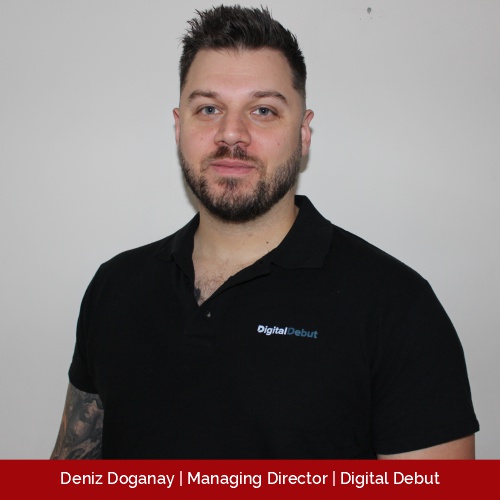 However, in the case of Digital Debut, the majority of the work is front-loaded so clients can experience the results at the earliest instead of becoming impatient and leaving the company with negative reviews.

Located in Melbourne, VIC, Australia, Digital Debut has been able to retain and keep all its clients floating during the unjust and unfair business lockdowns over the recent years. Moreover, the company has proved to provide satisfying results – much so that it has partners abroad in countries like the United States as well. Presently, it offers a variety of services that can help customers gain higher website ranking, build an online presence, and much more. Some of these services include SEO, Google Ads, social media marketing, web design, and affiliate and reseller services.

When done properly, the Managing Director believes, “SEO for e-commerce stores is a gold mine.” Digital Debut has thus saved a company with a new Shopify store during the beginning of the lockdown. Since it started working with Digital Debut, the company’s online revenue has increased every month. As a matter of fact, there are a number of other e-commerce stores Digital Debut has worked with and successfully increased their return on investment by about ten times. Deniz says, “We love to work with e-commerce businesses as we can see the actual dollar value of the return they are getting by utilizing our services.”

Most of the customers’ growth of Digital Debut is usually in the initial few months of their new marketing campaigns. Deniz states, “We really push to fast-track their results so they can get a large burst at the start to which we maintain and make improvements accordingly. This opens doors to our customers to be able to afford more marketing services to further help their business grow.” Till date, since its establishment, Digital Debut has been able to secure a number of businesses by helping them grow through online marketing. Not to mention, the agency has also helped other companies in the same industry by assisting them with their customers. The idea clearly is to help everyone grow and not just develop against the rivals. Thus, the company has overall been growing at a constant rate – it experiences a rise of 65 to 75 percent in revenue every year. And as Digital Debut grows, of course, its clients develop as well.

Digital Debut has helped in the growth of several businesses in various fields, most of which are located in Australia. One of the most successful results achieved by Digital Debut is associated with the case of a company that was going through several problems – a new business owner attempting to develop momentum again, a loss of revenue and organic traffic, and a website denied by the previous SEO agency. Once Digital Debut began to work with the new business owner of the company, the business experienced overly satisfying results. This included increased organic visibility, a rise in sales conversion rate by 386 percent in four months, and a rise in revenue by 345 percent. Last but not least, the company got better rankings by a total of about 4,000 positions of tracked search phrases.

While Digital Debut is doing incredibly well, the future has a lot in store for this agency. The Managing Director, Deniz Doganay, hopes to begin investing in other businesses and get another office in a few years’ time. Presently, as he says, “We are currently exploring business expansion in the United States but we are still in talks with some of our partners so this may be a long time away.” Furthermore, with regard to its services, the company is also looking forward to placing an emphasis on rebranding – a service that it currently offers but not advertises.

Description: Digital Debut is a digital marketing agency that offers services like SEO, Google Ads, social media marketing, and web design to clients without the requirement of contracts.

Designation of the Leader: Managing Director