Green & Green Estates: Aiding Individuals to get back their Unclaimed Money 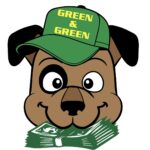 The amount of unclaimed money governments owe to people is constantly increasing in recent years. There are many reasons fueling this—lack of awareness, stringent rules and regulations—to name a couple. Green & Green Estates Incorporated, a small group of abandoned money professionals located in South Carolina, is on a mission to help homeowners get back their legitimately owed money from the government.

Green & Green Estates knows the ins and outs of the government agencies in all states across the U.S. and leverages its profuse expertise to find and get back funds that are being held by the government. The company audits many governmental agencies across the country to locate sums of money owed to private individuals and companies and helps them reclaim these funds. Green & Green Estates works with a motto of “IF YOU SEE FIT, WE GO GET” and is incorporating the motto in its services and solutions. 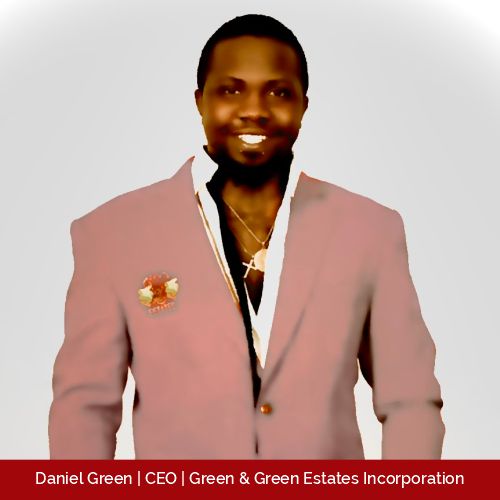 In such cases, the clients have to move all of their belongings and move out: but the good thing about Green & Green Real Estates is that the company helps the owner move to a new place to stay. For instance, it pays the first month’s rent or an equivalent amount. It can also help in cleaning up the property for $200 to $400 according to the cleanup. Green & Green Estates Incorporated is committed to serving others while maintaining its motto, IF YOU SEE FIT, WE GO GET.

Green & Green Estates Incorporated also helps individuals out of debt. Considering itself a small banker, it buys debt. Fixing credit is another service provided by the company. The company loves to help individuals by identifying the problem and coming up with a solution even if it has to reach and connect with someone outside of the office. “Our responsibility is to seize the process and determine the ins and outs to help individuals become a better citizen,” says Daniel Green (CEO of Green & Green Estates Incorporation).

During his initial days, Daniel overcame numerous obstacles to reach where he is today. He was living out of a homeless shelter to gain access to internet. He also had to walk three miles to the library everyday, sometimes two or three times daily. He decided to pursue his undergraduate degree, realizing how important education was to survive in today’s society. He was working three jobs with very little sleep.

When Daniel first came to Independence University, he was looking for great online education, a way to meet new people, and learn all he could to be productive. He found out that Independence University was one of the best choices. “Independence University did so much to teach me the steps to owning my own business and working as an employee,” he adds. These attributes were very crucial in his process of becoming a CEO. Presently, he owns Green & Green Estates and spearheads it to unprecedented growth.

At the helm of Green & Green Estates Incorporated, Daniel leads a team of college graduates having master degrees to associate degrees, as well as many different fields other than real estate. The company understands that its clients have needs and aims to cover every aspect of what it is presenting. It follows a philosophy called P.E.N.—Presentation, Education, Negotiation to solve its clients’ problems.

Independence is the daily order of operation for Green & Green Estates Incorporated. The company tries to keep its clients’ data updated and as frequent as possible. The company is aware that if its clients do not know about the opportunity they missed due to lack of knowledge about government, they will start to become more dependent on the government—which will create social unrest and seeds between haves and have-nots.

When Green & Green Estates first started, it had a problem with the government not responding to its request of the foreclosure individuals. “Yes, it took some time but it was like starting tomorrow morning all we had to do was wake up and check emails and respond back,” says Daniel.

The company statute has been approved ever since it got its new address of approaching the government about what it needed answers to. It had the products or scripts, but had to arrange them to get the liking of government agencies. According to Daniel, unexpected paydays are nice, but individuals benefitting from the company means more than a number or amount.

In the next five years, Daniel reckons that the biggest challenge that the company will face will be a data surge and a lack of help due to its massive foreclosure crisis. He anticipates the growth rate of the company to increase as individuals become more informed on what Green & Green Estates can do for them as a company. “The pandemic is our friend and we understand the situation wanting to solve it. Not to say lack of help due to employees but more so a niche where there is not much competition,” he adds. The company is growing in its motto and it can expand as the economy gives up what it needs to win big, bigger, better paydays.

A Bright Future ahead

Green & Green Estates Incorporated aspires to become one of the biggest data storing companies no one has ever seen. It aims to grow its business and a big data company that has the potential of power, opportunities, and racing functionalities of a state of mind and hurricane alleys. The company is called Green & Green as it believes there is green no matter where the clients need the help from.